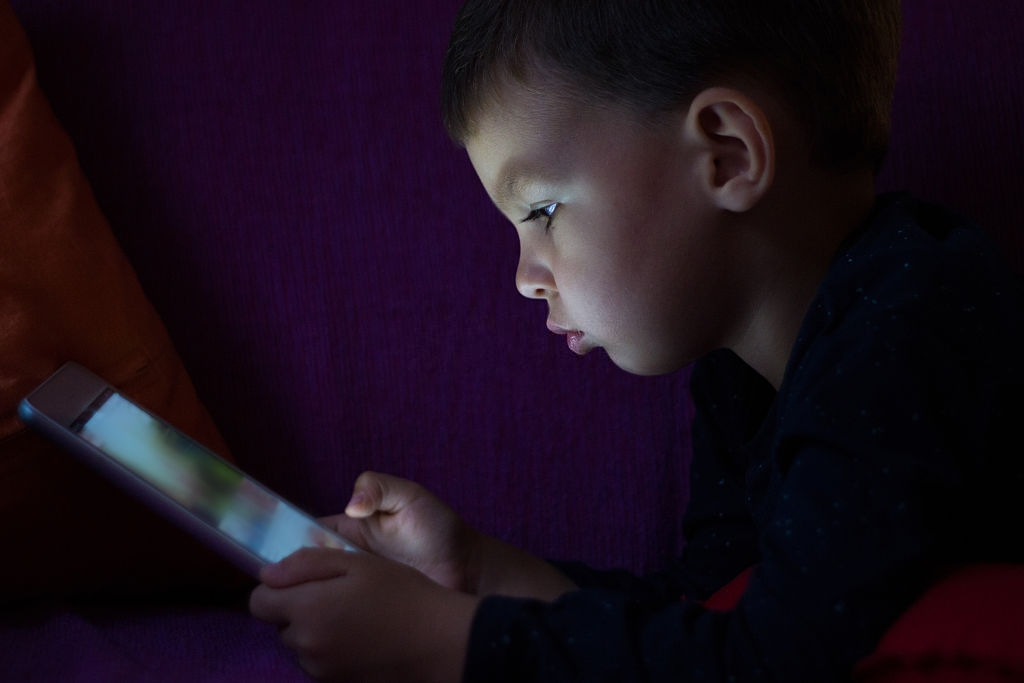 Adverse Effects of Excessive Use Of Mobile Phones On Children

Your phone buzzes. It’s another notification. Tickle Right has uploaded a new blog – The Harmful Effects Of Excessive use of Mobile Phones On Children.
Isn’t it ironic that you read a blog about the repercussions of technology on a screen itself?
Our world today is full of tech-savvy individuals. The utility of our modern devices cannot be debated. Centuries-old knowledge is available to us at the drop of a hat. Phone calls, text messages, and e-mails have introduced us to a new form of interaction i.e. virtual communication. However, children of this generation are growing up in a radio-frequency environment that never existed before. Continued exposure to the radiation emitted by mobile phones can adversely affect children.

Harmful Effects Of Excessive Use Of Mobile Phones On Children

The following are the harmful effects on a child’s health on excessive use of mobile phones.

In recent years, extensive research has been conducted to understand the impact of cell phone radiation on children. As a child’s body is undergoing changes and growth, the effects of mobile phone radiation could vary in comparison to adults. The possible health hazards posed by mobile phones are :

Children who keep mobile phones close to their ears for extended periods of time are vulnerable to the development of non-malignant tumors, especially in the regions of the brain and ears. The bones, tissues, and protective membranes for organs are still very thin in young kids. Therefore, these organs end up absorbing beyond 60% cell phone radiation. This radiation strangely affects the human body. It could also directly affect the nervous system. The World Health Organisation (WHO) has classified mobile phone radiation as a ‘possible carcinogen’.

The human body uses electrical impulses to communicate via the neural network. Mobile phones also primarily function on electromagnetic waves for all forms of communication. These mobile phone waves can easily penetrate into the interior parts of a child’s brain as he/she hasn’t developed a strong shield yet. Research reveals that a mere 2-minute conversation on the phone can alter the electrical activity inside a child’s brain. This erratic activity can result in changes in mood patterns and behavioral tendencies. It could also impair the child’s ability to learn and focus.

For security purposes, several schools now allow children to carry their mobile phones to class. Many students take undue advantage of this rule to chat incessantly or play games during lectures. Due to this, they fail to pay attention and miss out on important lessons. This ultimately affects their academic performance negatively.

Mobile phones are not only a distraction but could also be used by students to engage in academic malpractice. In order to score well, children would resort to cheating. They could use the in-built calculator, store images, information, and even share answers via text. Such behavior has been widely observed across schools and colleges. Such malpractices affect your child’s grade and also reflect poorly on his personality.

Like any other gadget, a mobile phone could be misused to access harmful information. Inappropriate messages and images could be shared by friends or even strangers online! Your children could be introduced to pornography at a very tender age. This would change their perceptions and thought processes. Even a moment of irresponsibility or recklessness could leave an indelible mark. ( E.g. Carelessly exchanging their own images). Remember: Once something is on the Internet, it stays there forever.

Texting friends, playing video games, and mindlessly scrolling through social media are some activities that disrupt your child’s sleep at night. An unhealthy pattern like this will eventually lead to fatigue and restlessness. Sleep deprivation would unfavorably influence his academic performance. Lack of sleep = Lack of concentration = Lower grades.

Today’s kids are constantly glued to their phones. Outdoor activities and physical exercise do not pique their interest. This lethargy poses multiple health risks. Your child could become obese and later develop other debilitating diseases such as diabetes and hypertension.

Social media and online games are today’s virtual playground, and that is where most cyberbullying takes place. Many are harassed on these platforms. By the time children inform adults of their experience, trauma has already been inflicted and the damage is done. It is unfortunate that countless children have been driven to suicide by cyberbullies. In addition, social media may induce depression and anxiety when children do not receive the online attention they expect. 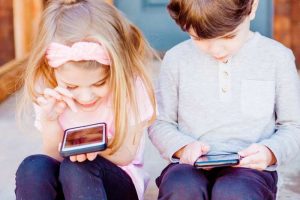 A mobile phone is a learning tool whose technological prowess is undeniable. However, just like any other gadget, it is a double-edged sword that must be used with caution. To ensure your child’s well-being, you, as a parent, must regulate content and moderately restrict excessive use of mobile phones. In the end, one must remember that your mobile phone should be a friend, not a manipulative master.